Winterbach Stud hosted a number of trainers, owners and media personalities when the farm held its Open Day on Wednesday. 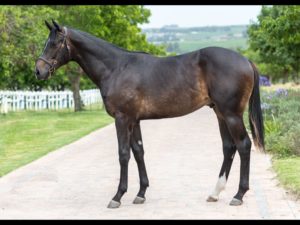 The Stellenbosch farm invited guests to view their impressive,15 strong draft for next week’s Cape Premier Yearling Sale on Wednesday, with a number of the Winterbach yearlings making very positive impressions indeed.

Champion sprinter, and exciting sire, What A Winter, has two yearlings in the Winterbach draft –Winter Scout (Lot 217) is a filly from the family of standout fillies Promisefrommyheart, Lady Brompton and Covenant, while Edge Of Winter (Lot 224) is a colt (bred on the same cross as the stakes winning Fort Winter) out of a winning Fort Wood half-sister to two stakes winners.

The consistently successful Querari has two lots in the draft –Amell (Lot 53) is colt out of a dual winning half-sister to the classy Jabulani Jive, while the very striking, and attractive, New York New York (Lot 226) is a colt out of a three-parts sister to multiple champion sire Captain Al. 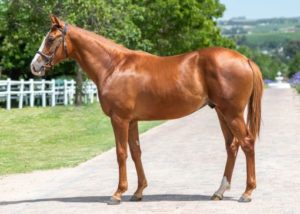 European champion Twice Over, sire of reigning Horse Of The Year Do It Again, is triply represented in the Winterbach draft. No Time Is Taken (Lot 122) is a filly from the family of Irish Derby winning sire Soldier Of Fortune, while the well bred Executive Decision (Lot 71) is a colt out of the Rock Of Gibraltar sired G3 Strelitzia Stakes winner Rich Girl. Twice Over is also sire of Countess Cartier (Lot 171) out of a winning ½ sister to three black type performers including G2 winner, and 16 time scorer, Bound By Honour.

The Redoute’s Choice sired Computaform Sprint winner Rafeef has a first crop colt (Lot 97) by the name of Global Vision in this draft, while the cleverly named Miss Quince (Lot 135) is a daughter of Cartier Champion and top filly sire Duke Of Marmalade, and she is a half-sister to the smart performers Invidia and Outlander.

Other appealing lots in this draft include Royal Monarch (Lot 207), a Var colt out of a full-sister to champion and KZN sire Kildonan, the Pomodoro filly (Lot 31) out of a 3 time winning daughter of champion sire Captain Al, and Swift Action (Lot 130). The latter is a colt from the first crop of G1 Mercury Sprint winner Red Ray (Western Winter), and this colt is very closely related to Hampton Handicap winner Cape Winter (Western Winter). 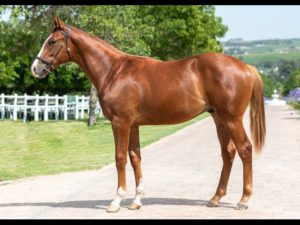 A really beautiful farm, with magnificent views, Winterbach Stud is currently home to 40 mares, with ten belonging to Winterbach, and other mares belonging to various clients.

The farm, which has been at its current base for five years now, houses 50 stables, and has used some of South Africa’s best and most exciting stallions this season.
Among the young sires supported by Winterbach recently are Danon Platina, Global View, Lancaster Bomber, Rafeef, William Longsword, and the increasingly successful Vercingetorix, while other top stallions used by the farm include Gimmethegreenlight, Querari, Oratorio and What A Winter.