Ascot Stud to offer quality at National 2YO Sale

Ashley and Rose Parker’s Ascot Stud will, once again, be offering a large and high-quality draft at this year’s National 2YO Sale.

Previous stars to emerged from Ascot’s 2YO Sale draft include G1 SA Nursery winner Arabian Beat, and such champion fillies as Rock Opera and Warning Zone, making this draft not one to be missed.
Ascot’s draft this year includes juveniles by such stallions as Captain Al, Bold Silvano, Coup De Grace, and Global View, and they will also be offering five smart two-year-olds as agent for the Riyo Stud.

A possible standout in the draft could be Gold Alley (Lot 59) –one of just two fillies on sale sired by the late, great Captain Al. This classically bred filly is out of a G3 winning half-sister to three stakes winners, notably exported Cape Guineas winner Elusive Gold, and she hails from the same family as such champion fillies as Dog Wood and Enchanted Garden.

Resident Galileo sire Global View has no fewer than 11 members of his first crop in this draft and they include a half-brother (Lot 85) to the aforementioned Elusive Gold, a half-sister (Lot 94) to ill-fated but unbeaten filly Gimme Crystals, a half-brother (Lot 130) to the dam of stakes winning 2yo Miss Honey, a colt (Lot 158) from the same female line as Nureyev, Fairy King and Global View’s own grandsire Sadler’s Wells and a half-brother (Lot 299) to top sprinter Search Party. 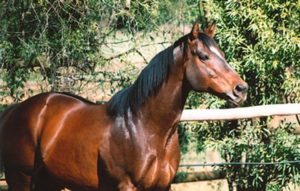 Ascot’s July winning sire Bold Silvano has two colts in their draft –a son (Lot 175) of a five time winning mare whose relatives include Summer Cup winner Ingleside, and a half-brother (Lot 229) to the very smart, but sadly short-lived Dynamic Speed.

Ascot will also be offering five quality lots on behalf of the Riyo Stud, including a Jackson (Lot 75) half-sister to classy filly Klever Kathy, a Bold Silvano colt (Lot 164) from the family of Danehill and Northern Dancer, and a Bold Silvano filly (Lot 209) whose dam is a full-sister to G3 Queen’s Bay and to the dam of G1 SA Derby winner Bouquet-Garni.
The 2019 National 2YO Sale is set to take place at the TBA complex in Germiston on August 15th-16th, and it again promises to produce its share of stars! 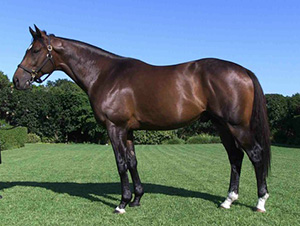