The late, great Captain Al, whose top-class son One World is set to stand his first season at Drakenstein Stud, recently made history when supplying his 100th stakes winner.

In the process, the former Cape Guineas winner became the first South African bred and or based stallion to reach that landmark. 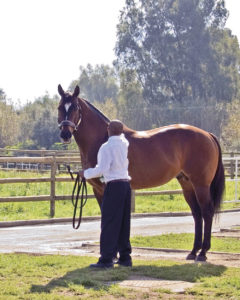 The Roberto grandson has had another fantastic season, with Captain Al currently sitting second on the general sires list, with his runners having banked over R11.417 million in 2019-2020 alone.

He is also enjoying success as a sire of sires, with his son Captain Of All currently South Africa’s second leading Second Crop Sire by stakes earned.

A brilliant winner of this year’s G1 Sun Met, where he accounted for six G1 winners including champions Hawwaam and Do It Again, the remarkable One World won or placed in each of his 14 starts during a career which saw him earn more than R5.6 million in prize money.

The handsome bay, a stakes winner at two, three and four, won five graded or listed races during a career which saw One World fimly establish himself as one of the leaders of his generation.

One World, whose dam is a daughter of multiple champion sire and outstanding broodmare sire Giant’s Causeway, is fully booked for 2020.